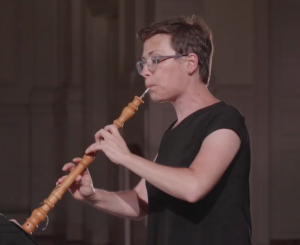 “While many early-music groups have struggled in the search for a new normal, Les Delices already has found and avidly pursued its future. The result is “Embracing Change,” a new season of four online programs featuring considered, creative blends of music and video.

‘We want to meet people where they are, physically and socially,’ said oboist Debra Nagy, founding director of Les Delices. ‘We really thought about closing the gap between the audience and the performer, the watchers and the watched, and how we could provide a more intimate experience.'” – Zachary Lewis