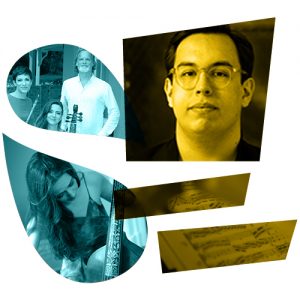 Passionate about imagining the cross-cultural sounds of music in the colonies, Cree-Métis baritone Jonathon Adams centers indigenous music in their early music practice. Combining music from a Métis songbook with selections by Marais, Purcell, and Bach, Jonathon will relate their personal journey to reconnect to Indigenous roots while recovering a history of cultural exchange and musical migration in late 17th- and 18th-century New France. Ethnomusicologist Dr. Lynn Whidden joins our conversation to talk about her life’s work preserving Métis songs, including her most recent project that will add 55 new Métis songs to the repertory with origins that can be traced as far back as medieval Normandy.
Recovering Roots replaces The Orpheus Myth, which has been postponed to early 2021.

You’ll receive a link by email to view the show!

Your support compensates our participating artists, whose livelihoods have been so dramatically affected by the COVID-19 pandemic. Thank you for your consideration!