Posted at 08:54h in News & Reviews by Debra Nagy
Share

Acclaimed Cleveland-based Baroque chamber ensemble Les Délices will conclude their 2019-20 Season with an ambitious new multi-media production called Into the Labyrinth. An abbreviated matinee version of the production, called The White Cat, will also be offered and will include pre- and post-performance activities geared specifically toward families. 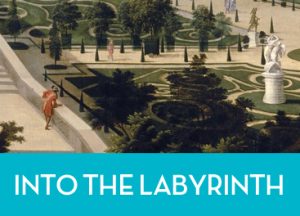 In both versions, Les Délices masterfully combines music, puppetry, and gorgeous visuals to interweave the story of “The White Cat” with musical versions of Aesop’s timeless Fables to tell a rare, heartwarming tale celebrating goodness, generosity, and trust.

Kids under 17 receive free admission with an accompanying adult ticket at all performances, thanks to generous support from the Knight Foundation, Ohio Arts Council, and Cuyahoga Arts and Culture. 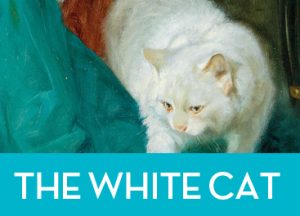 THE STORY. Rich with detail and containing subtle messages of female empowerment, Marie-Catherine D’Aulnoy’s The White Cat contrasts starkly with Charles Perrault’s better-known Puss in Boots. “While Puss in Boots is a fantastically intelligent cat who uses trickery and deceit to gain wealth and power for his young master,” explained Artistic Director Debra Nagy, “D’Aulnoy’s White Cat is, by contrast, a very humble character. Her story reveals that benevolence, ingenuity, and generosity can bring about happiness and peace, and that help can come from some unexpected places. There’s no manipulation, just genuine goodness, creativity, and a bit of magic that inspires her to help a guileless prince.”

THE INSPIRATION. “Visitors from all over Europe came to visit Louis XIV’s palace at Versailles and his famous Labyrinth,” explained Nagy. “There were 39 fountains inside the Labyrinth – each depicting one of Aesop’s fables with a poetic verse that explained its moral. Brightly painted, they were said to be so lifelike that when the water jets came on it was as though the animals were telling their own stories! I loved the idea that these sculptural fountains were essentially animated by water and that other art forms including garden design and poetry became part of the full experience. This combination of storytelling, animation, poetry, and art is ultimately the inspiration for our production.”

THE LIBRETTO. Nagy has commissioned Larry Rosenwald to create the English libretto for the musical fables: “I decided early on that I wanted everyone – from age 5 to 95 – to understand everything that was going on without supertitles or translations. That meant that we needed to commission poetry in English to be set to 18th century music. I can’t think of anyone better than Larry to do this!” Renowned for poetic translations that have been used in over 40 theatrical and operatic productions, Rosenwald’s verses will be set to tunes selected by Nagy to propel the story of The White Cat. 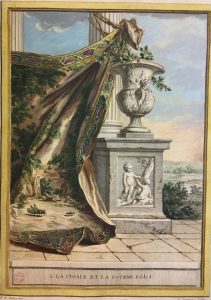 THE MUSIC. While the songs will be in English, Nagy has created a brand new score from French Baroque source materials that are contemporary to the story. “Musically, this show is a kind of collage (in the Baroque, they’d call it a pastiche). I decided to structure the performance in five brief acts (the same form as a French opera) and I was also inspired by how the comic theaters took well-known tunes and set new lyrics to them. The music for our show draws from these and other sources – bits from Lully operas, 18th-century popular songs, keyboard solos, and chamber music by Couperin, Marais and others.”

THE PUPPETS. Cleveland-based designer-builder Ian Petroni, well-known for his work for the Cleveland Museum of Art’s annual Parade the Circle, will conceive and create the sets and puppets. Different styles of puppetry – ranging from Japanese Bunraku to rod puppets – will portray different levels of characterization: “The white cat is certainly the most complex character in the story and needs to be quite expressive,” explained Petroni. “We’re having some fun with how the puppet moves and interacts, but audiences will instantly recognize that she’s a cat – and one you might want to cuddle up with!”

THE PROJECTIONS. Visual designer Shawn Keener has created projections that contribute rich aesthetic details, provide a sense of place, and enable a sequence of magical reveals. She’ll draw on a rich body of 17th and 18th century paintings and engravings that depict Aesop’s fables, Louis XIV’s palace, and its famous Labyrinth.

Les Délices is known for their innovative programs and they delight in sharing their musical discoveries with broad audiences. Their April production presents an ideal opportunity to introduce new audiences – including families and kids – to their work. “Given the technical demands of the production and what we hope is its broad appeal, we’re producing the show multiple times and in some large venues. In particular, we want to encourage folks to bring their kids! We’re very pleased that generous support from the Knight Foundation, Ohio Arts Council, and Cuyahoga Arts and Culture allows us to offer free admission to all kids under 17.”

Single Tickets ($25-$40) for all concerts are available at www.lesdelices.org. Senior Tickets ($25) are always available at the door. Kids under 17 will be admitted free with accompanying adult ticket at all April performances.