04 Jan Inside the Process: Lessons in Love with Scott Metcalfe

Scott Metcalfe, director of Boston’s Blue Heron, was kind enough to answer some questions to give us a sneak peek behind the curtain at what goes into creating a concert like January’s Lessons in Love (click here for tickets and performance information).

This concert marks the third time that Les Délices has teamed up with Boston’s Blue Heron to present Medieval music in Cleveland. Late-medieval music is a second specialty for both Les Délices director Debra Nagy and Blue Heron’s Scott Metcalfe. Les Délices first collaborated with Blue Heron in 2014 for “14th-Century Avant-Garde.” That program was such a success that we have continued to build on that work to bring Medieval music to Northeast Ohio audiences.  The latest flowering of that partnership is Lessons in Love.

This concert returns us to the world of the Romance of the Rose.  In this Medieval tale, the allegorical character Hope (Esperance) teaches us how to live ethically in a world that is not designed to assure human happiness. Rather than strive for achievements or possessions (which fickle Lady Fortune can quickly and unflinchingly reverse), Hope invites us to cultivate indifference. Instead of desire, we should accept the good things that have come to us without wishing vainly for things that are impossible.

Read on to hear Scott’s thoughts on the complexity and beauty that draws him to Medieval music, what to do about the fact that very little Medieval instrumental music survives, and what you might listen for at the concert. 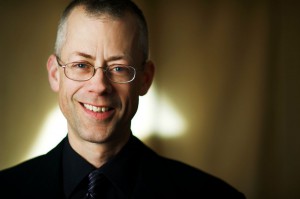 Scott, you do a lot with very early music. How did you find your way there, and what is it about medieval music that draws you?

I started out as a violinist and spent the first part of my career mostly playing the baroque violin, so it’s still a bit surprising to me that nowadays I spend so much of my time with medieval and Renaissance music! I got there by backing up. I was a violinist, then a baroque violinist, then I became very involved in 17th-century music, then started playing Renaissance music, and then was introduced to the 15th century, and so on (or back). And I have always loved vocal music, and languages and poetry, so it’s natural that I do more vocal music than anything else, even though I am a player by trade.

“Medieval music” includes a huge swath of repertoire, from plainchant through the 15th century, so it’s hard to give a simple answer to the question of why I like it, besides that I find it beautiful. But for one thing, I love performance practice puzzles—Just how DID they perform this?—and the puzzles get harder and harder the earlier one goes. Medieval culture favors complication and ambiguity and layers of meaning, which are qualities I find compelling, since life itself is complicated and ambiguous and filled with meanings. I love the fact that every part in a piece of medieval polyphony has its own melody and is equally interesting: although the parts may have different roles in the counterpoint, you don’t have the sort of hierarchies one finds in, say, high Baroque or Classical music (which any one who has ever played viola in a classical symphony can attest to).

What is your process for preparing a program like this? How do you pick the music?

The process of making any program of earlier music can be very complicated. How, from all possible programs of all possible repertoire, does one put together an evening’s entertainment about an hour and a half in length? In this case, the starting point was the anonymous song Esperance, which quotes a line from a song by Machaut and was in turn quoted in a handful of later songs. We put that song into place, added the Machaut and some of the later family of songs, and then worked outwards from there, pursuing the themes of the lyrics, adding instrumental music, and so forth. The result is a program that weaves together many threads, musical and poetic. We’re very fortunate to have in Debra Nagy a skilled composer of instrumental music in medieval styles and idioms, who has crafted an ornamented instrumental version of Esperance and several other pieces. This helps to remedy the dearth of surviving instrumental music from the 14th century, much of which must have been played by ear or improvised and never written down.

Blue Heron has explored a wide variety of music.  Do you have a favorite type of music to work with as a director and performer?

Nowadays, I find that whatever music I am currently making is my favorite! Machaut, Ockeghem, de Rore, Monteverdi, Purcell, Bach (just to name the Big Names) … and on to new music. Perhaps the common denominator is music that is complicated and rich in meaning.

How would you explain the wild and wooly Ars Subtilior style to someone who hasn’t experienced it before?

Speaking of complicated … ! What modern writers later dubbed the Ars subtilior (the more subtle art) is late 14th-century music in a rhythmically and harmonically complex style that was enabled by refinements in musical notation. The best music in this style is jazzy, at once hard to grasp and intoxicating; its complicated rhythms are precisely specified but the effect created by all the syncopation and harmonic displacement is loose, improvisatory, and spellbinding.

Are there any unexpected or surprising things that we should listen for in this concert?

One perhaps unexpected thing is a virelai by Machaut sung by a solo singer without any sort of accompaniment. Virelais are songs made to be danced to—Machaut says they are properly called chansons baladées or danced songs, and he also tells us, in a passage of his long narrative poem Remede de Fortune, that they were performed without any instrumental participation of any kind, so that’s what we’ll do, too. And we’ll follow that with a three-part instrumental arrangement of the song made by Debra Nagy.

People familiar with modern French will find the words and sounds of 14th-century French fascinating, I think. And everyone can look forward to hearing some wonderful and catchy tunes—even if some of them are woven into a very complex contrapuntal web!