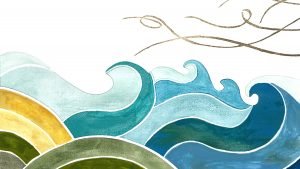 Les Délices turned the struggles of the pandemic into an opportunity to create innovative digital concerts, expand its audiences in Cleveland and beyond, and start a popular online early music variety show called SalonEra. In 2021-22, Cleveland’s acclaimed early-music chamber ensemble plans to continue this upward trajectory with its new season, Until Sky Above.

Artistic Director Debra Nagy explained, “As an overarching theme, Until Sky Above is aspirational. It reflects our openness to possibility and the idea that we’re on a journey. It also resonates with each of our upcoming programs.”

In October’s Song of Orpheus, the hero must keep faith that his beloved Eurydice follows behind him “until sky above.” November’s Winds of Change – a program of chamber music from the time of the French and Haitian Revolutions – takes inspiration from philosophers’ and early abolitionists’ lofty ideals of liberty and equality. Vast expanses separating lovers becomes a recurring theme in January’s  program songs and dance music from 17th & 18th century Scotland, The Highland Lassie, while a new Medieval program, Of Gods and Heroes, will relate a pantheon of legendary characters to our human experience in February. Finally, LD will premiere its long-awaited production of The White Cat in April. This family-friendly Baroque opera with puppets and projections sees fairytale magic and heavenly providence foster true love and happiness.

The ensemble’s increasingly adventurous programming will also result in several exciting collaborations and two new commissioned works. Nagy commented, “I’m incredibly excited about the different guests we’ll introduce through this season’s programs. Not only am I thrilled to bring back soprano Hannah De Priest for music by Rameau and to perform with the brilliant flutist Emi Ferguson, but I’m extremely happy for the opportunity to expand and diversify the canon of music for early instruments in premiering new works.”

Amid ongoing concerns about variants and large indoor gatherings, Les Délices continues to prioritize the safety and health of its audience and artistic team. As a result, LD will present a hybrid season in 2021-22: the ensemble will offer three virtual concerts in October, November, and January, and will return to live performances in February and April 2022. All five programs in the series will be available to view online through a new global streaming partnership with Marquee TV.

Les Délices’ virtual concerts seek to create an enhanced audience experience through interpolated program notes, on-screen translations, and dynamic camera work that gives viewers better than front row seats. “We made a conscious decision last year to invest in high production values to entice our loyal audiences to join us online” said LD Executive Director Laura Wiegand, “but the opportunity that decision provided to make our programs more accessible locally and even globally was a welcome benefit. We’re looking forward to delivering a great experience for audiences old and new, online and in person this year.”

Besides its flagship concert series, Les Délices will present a 2nd season of SalonEra. Twelve new episodes will be announced later this summer.

The Concert Series’ 60-minute performances will premiere on Thursday nights and include both a pre-concert talk and live post-concert Q&A session with artists. Each concert program will be available to stream on-demand for 30 days following the premiere.