Les Délices opens their 2021-22 Season on October 7th with the digital release of Song of Orpheus, which translates the grand tragedy of Orpheus and Eurydice to the intimate confines of the salon with cantatas by Jean-Philippe Rameau and Philippe Courbois. 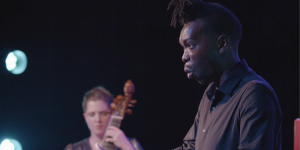 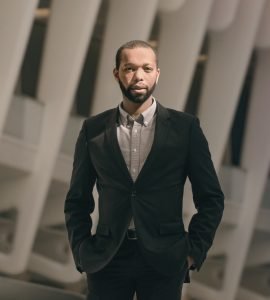 We know relatively little about Philippe Courbois except that he was especially active as a composer and music director in Paris between 1710 and 1730. He published songs, cantatas, and composed some sacred music (which has since been lost).

Courbois’ Orphée is a deeply felt work that provides baritone Jonathan Woody with the opportunity to give voice to three different characters (Orpheus, Pluto, and Eurydice) through the course of an emotional journey from the land of the living down to hell and back again.

Artistic Director Debra Nagy remarked, “As we were working on Courbois’ Orphée, I was incredibly struck by the depth of emotion in this music which is deceptively simple but seriously powerful. For one thing, the beginning of the piece instantly transports the listener to the center of the action.” 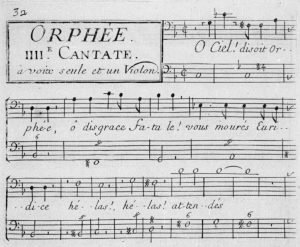 Without any introduction, composer Philippe Courbois has Orpheus cry out to the heavensin the wake of Eurydice’s death and he commits himself to following her to the underworld. An extended prelude on the violin follows but the music is unusual: just little two-note sighing motives surrounded by silence. Double-stops turn those sighs into wails and the pitches get higher and higher – overflowing with emotion – but not virtuosity.

As we know, Orpheus is the archetype of the inspired singer whose song can at once elicit feelings of love or move us to tears. Most notably, his song had the power to convince Pluto, ruler of the Underworld, to let him bring his wife Eurydice back from the dead. So it’s interesting to think about how Courbois creates this pivotal moment musically. Again, instead of virtuosic, honeyed curlicues, Courbois spins out long lines that are reverent yet powerful, punctuated with repeated pleas to end Orpheus’ suffering (“Terminés mon funeste sort”). 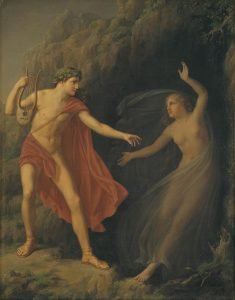 Perhaps one of the most remarkable things that happens in Courbois’ Orphée is that Eurydice is allowed to speak. In virtually every musical setting of the Orpheus story, Eurydice is a completely silent partner. But in Courbois’ setting, she speaks to her husband lovingly and gently. It’s a chilling moment that is almost chanted. She is his conscience; she attempts to reason with him. But he is overcome by his own emotions and passion. In a moment of weakness, all is lost.

At that point, as they say (in French), “C’en est fait” (it is done) but the power of music – to heal, to convince, and to move – is on full display throughout Song of Orpheus. Join us for the premiere on Marquee TV on Oct 7, 2021, available through November 6. Subscriptions ($125-$200) and pay-per-view tickets now available.

Jonathan Woody, Song of Orpheus, Until Sky Above