Posted at 08:44h in News & Reviews by Debra Nagy
Share 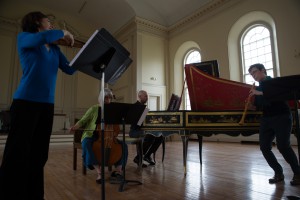 “We’ve far exceeded my expectations,” Nagy said. “At first, I was just trying to make a musical home for myself. But it’s become much more than that. Now it’s about sharing with the community.”

The truth of that claim is easy to verify. Look no further than Nagy’s plans for the 2018-19 season, which for the first time entail a complete series in Akron.

A new, eclectic year begins Saturday with a novel “Fortepiano Day” and concludes in April with a world premiere. In between come a second program devoted to Mozart, Charpentier’s Midnight Mass, and a multi-media collaboration with Chicago’s Newberry Consort bringing to life the Leuven Songbook, a tiny, 15th-century treasure only discovered in 2014.