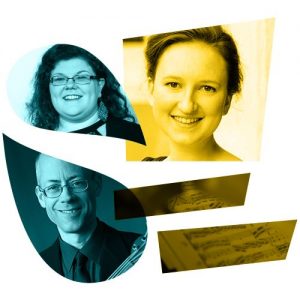 “Art often transcends without trying, remaining rooted in its specific regional, topical, or historical niche yet appealing well beyond. A humble central-German cantor became Bach, an observer of social posturing in a narrow slice of the gentry became Austen, an aerosol virtuoso known to tag lower-Manhattan walls became Basquiat.

Northeast Ohio’s Les Délices has long been that rarest of beasts: a world-class organization so proud of its region (ours) and repertoire (distinct niches in pre-1800 music) that it never tries to be everything to everyone, paradoxically making a strong case for a broad, curious international following. In the December episode of its SalonEra series, the ensemble embraces its strengths and community to marvelous effect.” – Nicholas Stevens for ClevelandClassical.com