25 Feb The White Cat: What will we hear?

Posted at 23:18h in News & Reviews, The White Cat by Debra Nagy
Share

This April, Les Délices Artistic Debra Nagy has assembled a fabulous creative team to create a new musical entertainment based on 17th & 18th century sources. Every element – from the 17th century fairytale, to set pieces, ornament, and visual projections – takes some inspiration from the Baroque era. The newly-created score is no exception! In music, a pasticcio or pastiche is an opera or other musical work composed of works by different composers who may or may not have been working together. 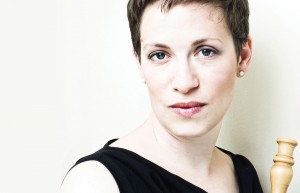 Nagy took the time to talk with us about how she conceived the score and structure for Into the Labyrinth and The White Cat from French Baroque source materials that are contemporary to the story.

I decided to structure the performance in five brief acts (the same form as a traditional 17th-century French opera). In a French opera, each act would also traditionally contain a so-called divertissement or entertainment. In fact, the idea of including divertissements in each act fit very neatly into our story: the Prince encounters the White Cat three times and each time he passes a year in “entertainments” before he must return to his father.

Enabling the Cat and the Prince to “entertain” each other with stories from Aesop’s Fables (in musical settings by Clérambault sung in delightful English translations by Larry Rosenwald) provides a very natural conceit for time to pass for the couple and brings variety and a sense of fun to the production. ”

In addition, most French Baroque operas would also have ended with an extended Passacaille or Chaconne, so we’ve adapted one of the very best – Lully’s great Passacaille from his opera Armide – to close our show.

What music have you included?

In addition to sung airs from Lully operas, and ground-bass tunes by Lambert and Charpentier, the music for our show will also draw from a repertory of 18th-century popular songs. I have always been interested in and inspired by how the French comic theaters took well-known tunes and set new lyrics to them as part of creating new entertainments – it seemed perfectly apt here.

For incidental music, I drew from a diverse repertory of keyboard solos and chamber music by Francois Couperin, Marin Marais and others to propel the narrative, create emotional connections, and depict magical moments. Alot of French Baroque instrumental music is dance-based, but I felt that character pieces and other evocative tidbits would be more appropriate in a theatrical setting. In fact, quite a lot of the incidental music comes from Couperin’s Apotheosis of Lully (which is an oddly theatrical extended piece of chamber music that imagines an encounter between Lully and Corelli in heaven), and I’ve also adapted several of Couperin’s harpsichord solos for ensemble performance.

These all-ages shows will be visually sumptuous, entertaining, and sung entirely in English. In addition to two puppeteers, performers will include soprano Elena Mullins (the White Cat), tenor Jason McStoots (the Prince), plus baroque violin (Julie Andrijeski), oboe (Debra Nagy), viola da gamba (Steuart Pincombe), and harpsichord (Eric Milnes). Audiences can enjoy a 75-minute performance of Into the Labyrinth, or a 50-minute version of The White Cat. Post-performance Q&A sessions will foster additional dialogue about The White Cat’s cultural and creative context, including the under-told history of women fairytale writers.

2019-2020 Season, Collaboration, Debra Nagy, Into the Labyrinth, The White Cat